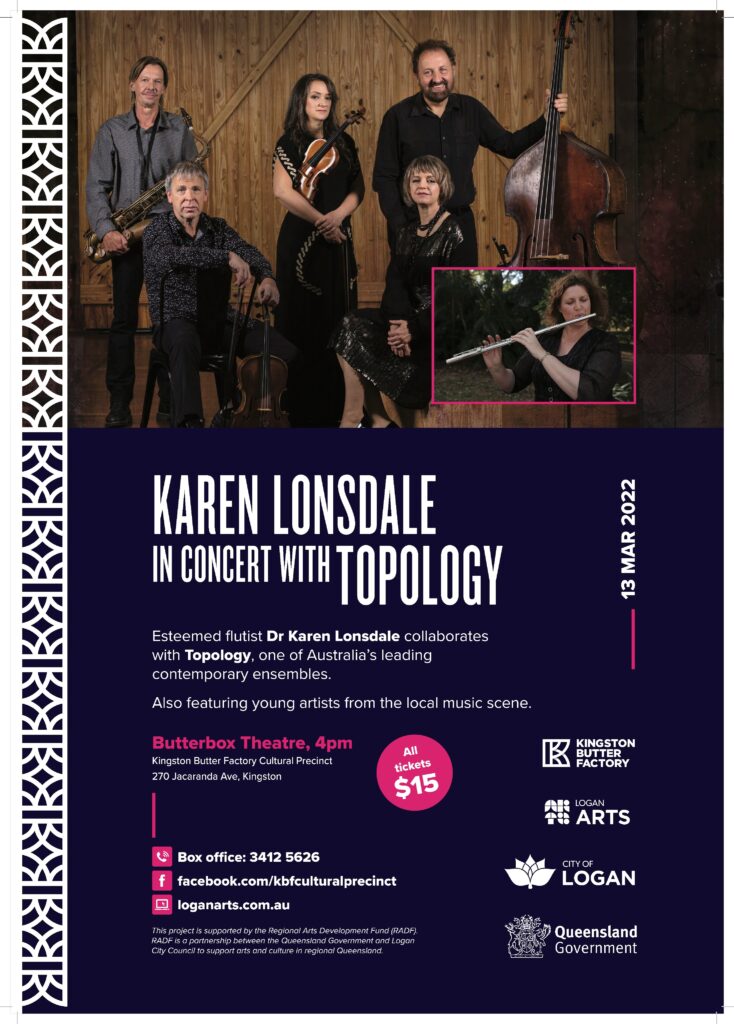 Unfortunately, due to the floods in South East Queensland, this performance has had to be postponed. Information about new dates and times will be announced in due time.

Esteemed flutist Dr Karen Lonsdale collaborates with Topology, one of Australia’s leading contemporary ensembles in an exciting and energetic performance of Michael Nyman’s ‘And Do They Do‘. Originally written for the London Contemporary Dance Theatre, ‘And Do They Do‘ is a physical feat of endurance for the musicians, with non-stop high energy and pulsating dance rhythms. Nyman is best known for his film scores, including the multi-platinum soundtrack to Jane Campion’s ‘The Piano‘ and Peter Greenaway’s ‘The Cook, the Thief, His Wife and Her Lover‘. Karen Lonsdale and Topology will also perform the famous minimalist work, ‘In C‘, by American composer Terry Riley, alongside a group of rising young artists.

This project is supported by the Regional Arts Development Fund (RADF). RADF is a partnership between the Queensland Government and Logan City Council to support arts and culture in regional Queensland.

Top Up heads to the South Burnett Region
All events